If the foundations are destroyed, what shall the righteous do? Join us for this years National Apologetics Conference as we discuss topics relating to the FOUNDATIONS of the Christian Faith and morality. Hear from Christian leaders who will address several topics including landmark moral changes in our culture, the dangerous views of Scripture held by evangelical scholars, signs that the end is near, and how to reach the lost in a post-Christian culture. Each lecture will build confidence in the Scripture and the power of God to change lives no matter how dark it gets. Get equipped at this free event to make a difference as you reach out to a lost and searching world!! 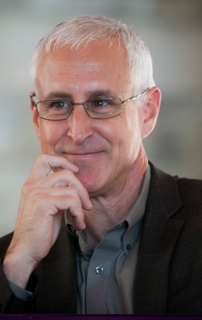 J. Warner Wallace was an atheist for 35 years. He was passionate in his opposition to Christianity, and enjoyed debating his Christian friends. He seldom found them to be prepared to defend what they believed. Mr. Wallace became a Police Officer and eventually advanced to Detective. Along the way, he developed a healthy respect for the role of evidence in discovering truth, and his profession gave him ample opportunity to press into practice what he had learned about the nature and power of evidence. Throughout all of this, he remained an angry atheist, hostile to Christianity and largely dismissive of Christians.

Mr. Wallace admits that he never took the time to examine the evidence for the Christian Worldview without the bias and presupposition of naturalism. When he finally examined the evidence, fairly, he found it difficult to deny, especially if he hoped to retain his respect for the way evidence is utilized to determine truth. He found the evidence for Christianity to be convincing. 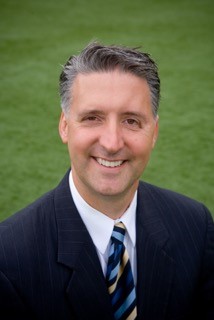 Brad served as Legislative Assistant to U.S. Senator Phil Gramm, and went on to receive his Juris Doctor from the University of Texas, School of Law. For the next five years, Mr. Dacus coordinated religious freedom and parental rights cases throughout the Western states. In 1997, Mr. Dacus founded Pacific Justice Institute, where he serves as President and continues to defend religious liberties and parental rights. The Pacific Justice Institute has a network with hundreds of volunteer affiliate attorneys and handles more cases on the West Coast than any other organization of its kind. Brad can be heard weekly on “The Dacus Report” on radio stations across the country. He has been a guest speaker on numerous radio and television programs, participates weekly in several radio talk show interviews, and has appeared on America Live, CBS Evening News, CNN, Dateline NBC, Good Morning America, MSNBC, NBC News, News Talk TV, The Today Show, and many times on the O’Reilly Factor.

Mr. Dacus’ varied public speaking opportunities include public debate, on two occasions, against the president of the ACLU, and on another occasion, against the president of “Americans United for Separation of Church and State.” In April of 2007 he testified before the United States House of Representatives in Washington, D.C. in opposition to H.R. 1592 “Local Law Enforcement Hate Crimes Prevention Act of 2007.” He has also testified numerous times before the California State Legislature on legislation affecting religious freedom and parents’ rights. He has guest lectured at Stanford University School of Law. Mr. Dacus continues to speak regularly at churches, conferences, graduations and conventions throughout the United States, including pastors’ legal seminars and workplace seminars co-sponsored by Pacific Justice Institute with local churches and Christian colleges and universities. Brad was presented an honorary Doctorate of Religious Freedom and Family Rights degree from California Baptist University in recognition of his commitment to faith and justice and his work protecting parental rights and religious freedom through the Pacific Justice Institute. 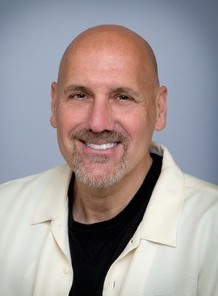 Frank Sontag, the host of the Frank Sontag Show heard six times a week on KKLA 99.5 FM in the Los Angeles area, took an unlikely route into radio. Following high school graduation, he worked ten years in the grocery business for supermarket chains such as Ralph’s and Gelson’s. He then moved into radio in 1987 as the host of Impact, a talk show on spirituality that aired Sunday nights on KLOS 95.5 FM in Southern California.

He also became the engineer of the highly successful Mark & Brian Show on KLOS, heard weekday mornings. A late-in-life conversion experience as well as the end of the Mark & Brian Show in 2012, after twenty-five years on the air, led him to KKLA, where he succeeded the late Frank Pastore as the afternoon drive-time talk show host.

He has been hosting the Frank Sontag Show since the summer of 2013 and released his autobiography, Light the Way Home, in 2014. His website is www.franksontag.net.

Don Stewart – Prophetic Foundations: 14 Signs that We are in the Last Days 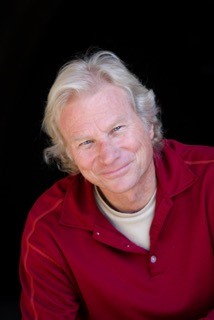 Don Stewart is a graduate of Biola University and Talbot Theological Seminary (with the highest honors).

Don is a best-selling and award-winning author having authored, or co-authored, over seventy books. This includes the best-selling Answers to Tough Questions, with Josh McDowell, as well as the award-winning book Family Handbook of Christian Knowledge: The Bible. His various writings have been translated into over thirty different languages and have sold over a million copies.

Ed Hindson – Cultural Foundations: Reaching the Next Generation in a Post-Christian Culture 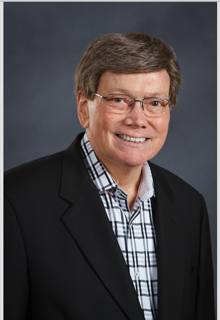 Dr. Ed Hindson is the Distinguished Professor of Religion, and Dean of the School of Divinity at Liberty University in Lynchburg, Virginia.

He is also the speaker on The King is Coming telecast and a Gold Medallion author of over 40 books including Target Israel, 15 Future Events That Will Shake the World, The Popular Encyclopedia of Apologetics, The Essence of the Old Testament: A Survey, The Book of Revelation: Unlocking the Future, and Matthew: The King is Coming. He also served as general editor of the Gold Medallion award-winning Knowing Jesus Study Bible, the King James Study Bible, and the King James Bible Commentary, and is the co-editor of the 16 volume Twenty-First Century Bible Commentary.

An executive board member of the Hendley Foundation, Atlanta Georgia, he is also a Life Fellow of the International Biographical Association of Cambridge, England. Dr. Hindson holds earned degrees from several institutions: B.A., William Tyndale College; M.A., Trinity Graduate School; the Doctor of Theology (Th.D.) from Trinity Graduate School, The Doctor of Ministry (D. Min.) from Westminster Theological Seminary, and the Doctor of Philosophy (D.Phil.) from the University of South Africa. He has done additional graduate study at Acadia University in Nova Scotia, Canada.

Dr. Hindson has served as a visiting lecturer at Oxford University and the Harvard Divinity School, as well as numerous evangelical seminaries including Dallas, Denver, Trinity, Grace, and Westminster. He has taught over 50,000 students in the classroom and another 50,000 online at Liberty University in the past 30 years. His solid academic scholarship, combined with a dynamic and practical teaching style, communicate biblical truth in a powerful and positive manner.

Ed and his wife Donna reside in Forest, VA and have three grown children and seven grandchildren. 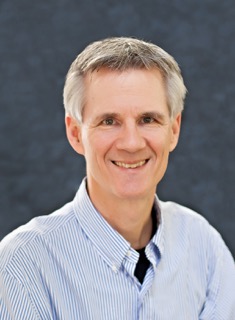 Bob is an Anteater, with a B.S. in biology from U.C. Irvine. He also has a Ph.D. in New Testament from Dallas Theological Seminary. He has served as an evangelist, hospital chaplain, Bible college professor, pastor, and, since 1987, the founder and director of a para-church group called Grace Evangelical Society (GES).

He has written six books covering assurance, eternal rewards, key words in the Bible, final judgment, difficult New Testament texts, and a response to John MacArthur’s The Gospel According to Jesus called A Gospel of Doubt. He is the editor and a contributor to the 1334 page 2-volume Grace New Testament Commentary. He has also written hundreds of newsletter, magazine, and journal articles. Bob regularly speaks across the country and occasionally in other countries (Canada, England, New Zealand, Australia, Spain).

He and his wife Sharon live in Highland Village, Texas, a suburb of Dallas. 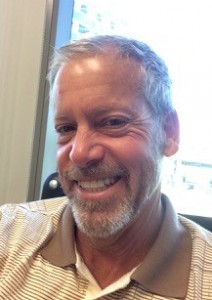 Lu Wing graduated from San Francisco University with a BA in Cell Biology (1980) and completed his PhD in Biochemistry at the University of Aberdeen, Scotland (1992). Lu and his wife, Pam (34 years), and their family of four have lived the San Diego area for 32 years. Lu has been a pastor/teacher with Calvary Chapel Bible College since 2005 and is also a toxicology consultant in the biopharmaceutical industry with Cardinal Health in San Diego.