CAN WE TRUST THE BIBLE?

Why are prominent evangelical Bible scholars and apologists teaching that portions of the Bible could be fiction and/or legend? This disturbing trend is sweeping through evangelical seminaries and universities, and is found among prominent Christian apologists and New Testament scholars. You will be stunned to discover what reasons are offered to support this view. These and other issues relating to the trustworthiness of the Scripture will be explored. For more information on this alarming trend which changes the historical statements in the Bible to fiction and who is involved visit www.DefendingInerrancy.com. While visiting be sure to sign the petition in support of the full inerrancy of Scripture. The Battle for the Bible is in full swing – again! Join us and get equipped with this 6th Annual VES National Apologetics Conference, Can We Trust the Bible?

David Limbaugh – Jesus on Trial: A Lawyer Affirms the Truth of the Gospel

As an expert in law and politics, Mr. Limbaugh has appeared on hundreds of national and local television and radio shows, including FOX News’ Hannity, FOX and Friends, Crossfire, and Your World with Neil Cavuto, CNN’s The Situation Room with Wolf Blitzer, CNBC’s The Kudlow Report, and CBN’s Newswatch, as well as the Sean Hannity Show, Mark Levin Show, Laura Ingraham, the Mike Gallagher Show, the Michael Medved Show, the Dennis Miller Show and the Dennis Prager Show.

The brother of radio talk-show host Rush Limbaugh, Mr. Limbaugh lives in Cape Girardeau, Missouri, with his wife and children. 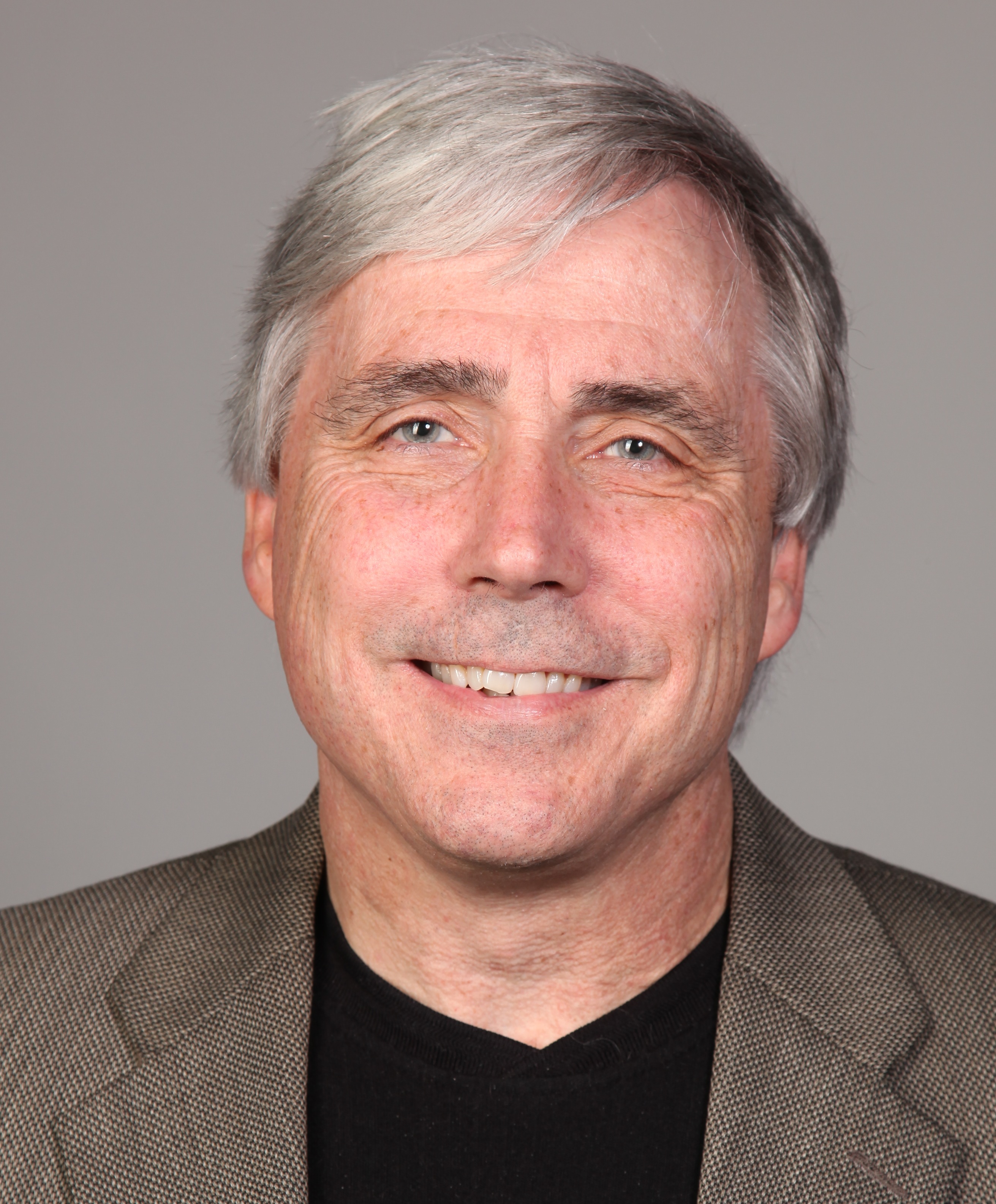 Scott Carroll, Ph.D. is a specialist in ancient and medieval manuscripts and in the history of the Bible. He directs the Manuscript Research Group. Twice, in as many decades, he has assembled and directed the largest collections of biblically-related artifacts in the world in private hands. He assembled and directed the Green Collection presently consisting of over 50,000 items which will be housed in Washington, DC. The collection, which was built for around 35 million dollars is presently valued at over 1 billion dollars. He also created the traveling exhibition called Passages, associated with the collection. Another exhibit he created in conjunction with the Vatican Library is returning for a second time to St. Peter’s Square in the spring of 2104.

Scott has assembled the world’s largest repository of Torahs, Hebrew scrolls and related manuscripts consisting of nearly 6,000 items. The Manuscript Research Group is compiling a database for the study of Torahs and Hebrew scrolls and publishes detailed analyses of select ones. The Manuscript Research Group also identifies and prepares for publication unknown classical and biblical papyri. In the process, they provide hands-on experience to leading professors and doctoral students in Africa as an effort to develop African scholars’ skills and to inspire their passions by providing an unprecedented year-long manuscript immersion experience. 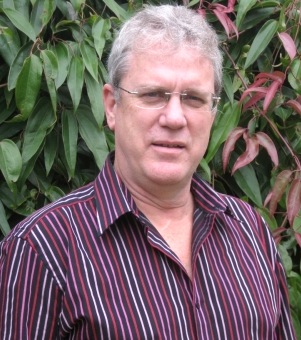 Jay Smith – The Bible Versus the Qur’an: A Comparison of Their Manuscripts and Claims

Jay was born in India to Brethren In Christ missionaries. He is uniquely qualified to understand and address the differences between Christian and Islamic cultures. He has been a full-time missionary with the Brethren in Christ Mission since 1983. He focuses on apologetics among the Muslims of London, England, and can be found most Sundays speaking in the open-air free speech area of Hyde Park. Jay earned his BA from Messiah College, his MDiv from Eastern Baptist Theological Seminary, and his ThM in Missiology (with an emphasis in Islam) from Fuller Theological Seminary. He is currently a doctoral candidate for a Ph.D. in Islamic Studies in London, UK. 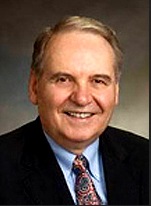 Norman L. Geisler – Does the Bible Have Errors?

Dr. Norman Geisler (PhD) is author or co-author of nearly 90 books, including A General Introduction to the Bible and From God to Us, The Big Book of Bible Difficulties, Defending Inerrancy, Biblical Errancy: Its Philosophical Roots, A History of Philosophy, Baker’s Encyclopedia of Christian Apologetics, and I don’t Have Enough Faith to be an Atheist.

In addition, Norm has taught on the college and graduate school level for 55 years at some of the top Christian Schools in the United States, including Trinity College, Trinity Evangelical Divinity School, and Dallas Theological Seminary. He is the co-founder of two seminaries: Southern Evangelical Seminary in Charlotte, NC and Veritas Evangelical Seminary in Santa Ana, CA. He also founded the Evangelical Philosophical Society and the International Society of Christian Apologetics, and was president of the Evangelical Theological Society. Norm has championed the cause of biblical inerrancy and is one of three living framers (with J.I. Packer and R.C. Sproul) of the famous International Counsel on Biblical Inerrancy (ICBI) statements.

Currently, Norm serves as chancellor and distinguished professor of apologetics and theology at Veritas Evangelical Seminary.

*Immediately following the apologetics conference, Dr. Geisler will be teaching a one-week module course on Christology at VES on November 10-15, 2014. All are welcome to register. Course meets Monday through Friday from 6:00 to 10:00pm, Saturday 9:00am to 12 noon. 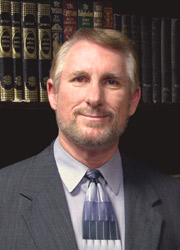 Randall Price – Can We Trust the Old Testament?

Dr. Randall Price is the Founder and President of World of the Bible Ministries, Inc. and is Distinguished Research Professor and Executive Director of the Center for Judaic Studies at Liberty University (Lynchburg, Virginia). He is also Adjunct Professor of Apologetics at Veritas Evangelical Seminary in California. He has taught at the University of Texas (Austin), The International School of Theology, Trinity Southwest University, and Criswell College. He has done post-graduate work at the Hebrew University in Jerusalem and has served as Director of Excavations on the Qumran Plateau in Israel since 2002. He has written numerous articles and contributed to the New Eerdmans Dictionary of the Bible, Encyclopedia of Apologetics, Popular Encyclopedia of Bible Prophecy (Harvest House), Premillennial Dictionary of Theology, Handbook to the Book of Acts(Kregel), and was co-author of the Zondervan Handbook of Biblical Archaeology. His books include Secrets of the Dead Sea Scrolls, Searching for the Original Bible, The Temple in Bible Prophecy, Jerusalem in Prophecy, The Stones Cry Out, Unholy War, Fast Facts on the Middle East Conflict (Harvest House), Charts on Bible Prophecy (Zondervan), and a commentary on Ezekiel and Daniel in the Popular Bible Prophecy Commentary (Harvest House).

F. David Farnell – The Battle for the Bible: Responding to the New Attacks on Scripture

David has also pastored several churches and published extensively in books and periodicals. His most recent work is The Jesus Quest: The Danger from Within, co-edited with Norman Geisler. David has also written “The Independence View of Gospel Origins” in Three Views on the Origins of the Synoptic Gospels (Kregel) and The Jesus Crisis (Kregel) that he co-edited and to which he contributed many articles. He specializes in the impact of historical-critical philosophical ideologies in New Testament Criticism and Interpretation.

*Dr. Farnell will be teaching a 15-week New Testament Research and Methodology course this fall semester at VES beginning Monday, August 25, 2014. This course will examine and evaluate various attempts to perform historical Jesus research as well as evaluate the new dangerous methodology utilized by prominent evangelical scholars to argue there is legend and error in the Bible. Dr. Farnell will also emphasize the importance of a strong view of biblical inerrancy to the life of the church and its ministry. All are welcome to register.

Richard Land – Can We Trust the New Testament?

Dr. Richard Land is president of Southern Evangelical Seminary, a non-denominational seminary based in Charlotte, NC which offers first-rate educational programs in evangelism and classic apologetics. In addition to his presidency, Richard also teaches courses at the Seminary. Prior to becoming president of Southern Evangelical Seminary, Dr. Land served for twenty five years as the president of The Ethics & Religious Liberty Commission, the Southern Baptist Convention’s official entity assigned to address social, moral, and ethical concerns, with particular attention to their impact on American families and their faith.

Richard served as The Criswell College’s Vice-President for Academic Affairs from 1980 to 1988. He had taught as Professor of Theology and Church History at that institution since 1975.